In this day and age, the intake of supplements is becoming widely popular. And why not, as they come with many added benefits! If you are looking forward to starting out on taking supplements, you are on the right page!

Though you will find plenty of supplements in the market, today, we will be discussing two of the best supplements: krill oil and flax oil. Keep reading to know more about krill oil vs. flax oil, their qualities, advantages, and disadvantages. By the end, you will be able to make the right choice as to which supplement fits you the best!

Krill oil is a type of oil obtained from a tiny shrimp-like animal. It is a source of food for whales, mantas, and some species of whale sharks. Krill oil is mostly consumed orally and helps fight against heart diseases and balances high levels of body fat and cholesterol.

Krill oil comes in the form of capsules. It contains fatty acids that are similar to fish oil. Various researches and reviews prove that it contains beneficial fats that help reduce blood clotting in internal arteries.

This oil also contains carotenoid antioxidants and phospholipid fatty acids that have antioxidant qualities. Krill oil is often more effective in fighting inflammation than other sources of omega -3 proteins and fat. 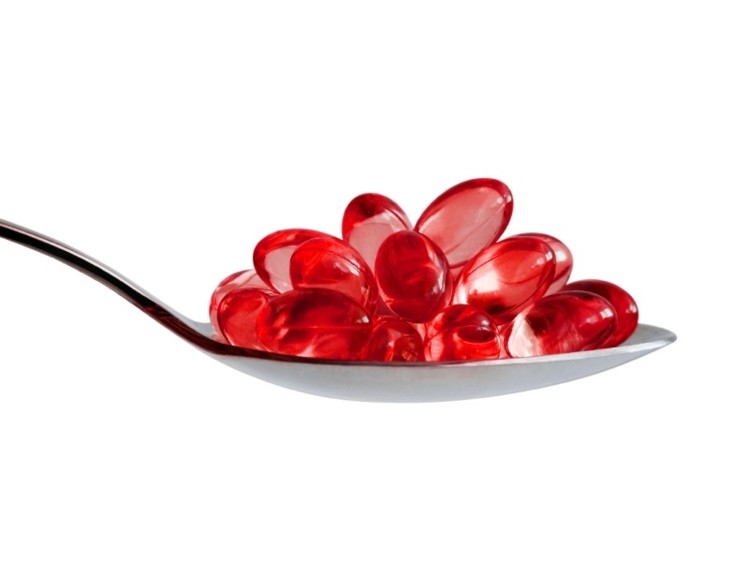 Not only does krill reduce the risk of heart diseases and controls inflammation, but it also offers various other health benefits:

Thus, these are some of the health benefits of the consumption of krill oil. However, like all other supplements, krill also comes with some disadvantages and precautions you need to take.

Precautions For The Consumption Of Krill Oil

The FDA has issued that women who are pregnant or are planning for pregnancy need to avoid fish oil in general, including krill. The reason behind it is that certain fish are known to contain toxins such as methyl-mercury. Thus, it can pose a risk to women who are expecting.

Krill should also not be consumed by patients that have fish or shrimp allergies or any other seafood. It is also advisable not to consume krill about two weeks before surgery or other medical procedures.

Also, if you are suffering from various ailments like diabetes, liver disease, pancreas disorder, or consume alcohol daily, it is recommendable to seek a doctor’s advice before deciding to start consuming krill oil.

Flaxseed is a product of the seed of the plant, Linum usitatissium. Flaxseed oil is useful for carpal tunnel syndromes, diabetic foot ulcers, and dry eye. Even though there is no concrete scientific evidence, flaxseed oil is known to help with heart diseases, high blood pressure, and control the level of cholesterol and body fats in lipids and blood.

However, when compared to krill, flaxseed oil contains a higher amount of omega-3 fatty acids. Thus, one teaspoon is enough to provide you with your daily dose of DHP and EPA as well! It is also known to be an alternative for fish oil and other similar products.

Flaxseed oil comes with many additional benefits. Some of these are:

Unlike krill that often comes in capsules, flaxseed oil comes in multiple ways of consumption. Thus, this is one of the best-known advantages of flaxseed oil- its versatility. You can swap flaxseed oil as the oil for salad dressings and even use it in dips and sauces. What’s more, you can add it to smoothies and shakes as well!

The National Centre for Complementary and Integrative Health (NCCIH) found minor adverse effects which are possible due to Flaxseed’s consumption. These effects mainly depend on the dosage and the type of individual that consumes it.

Some side effects include:

Precautions For The Consumption Of Flaxseed Oil

The FDA does not regulate flaxseed oil as a dietary supplement. Also, there is little to no information on whether flaxseed oil is safe for babies and pregnant women.

Therefore, if you are planning to try out this supplement, it is highly recommendable to consult with a doctor before doing so. This way, you can be sure about your safety and well-being.

Krill and flaxseed oil comes with many and different health benefits. As both these oils have different properties, in the end, the choice is up to you to decide which oil will best suit our body’s needs!

I'm James Vaughan.
I am a bodybuilding and fitness enthusiast giving my honest reviews on all bodybuilding supplements including legal steroids and testosterone boosters. I also write articles and give advice on fitness and weight loss supplements.

Benefits Of Plant Protein For Bodybuilding